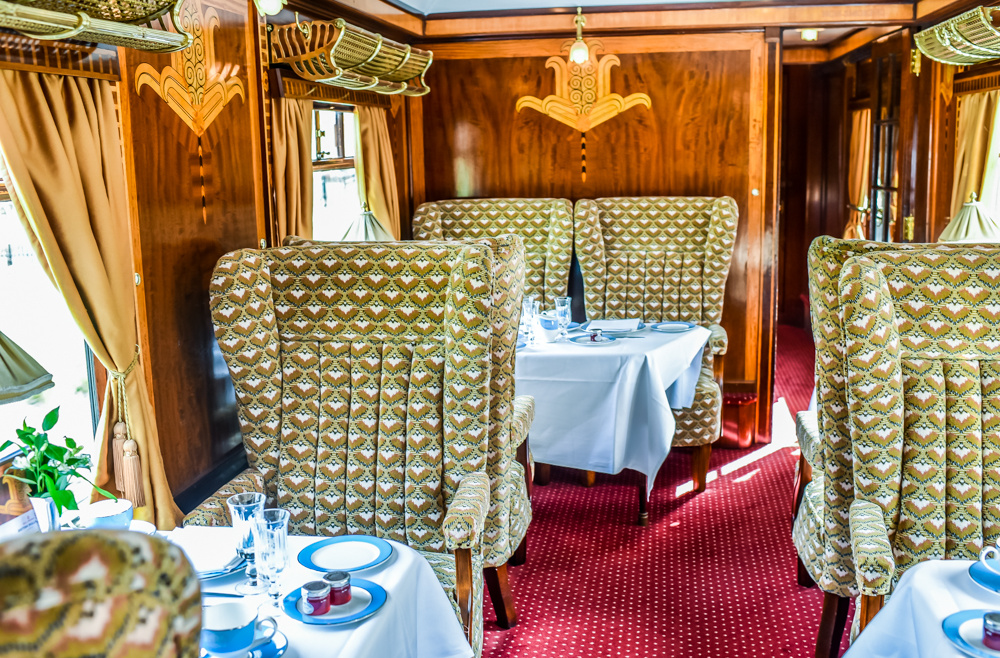 A Dunn & Son use original marquetry techniques that date back to the 18th century. That means we are able to restore all kinds of marquetry, boulle and fretwork back to their original state. We take great pride in restoring the commissioned piece back to its former glory so it can be admired once again. We hand draw the missing section of marquetry, boulle or fret, select and match the veneers and then copy the shading to produce a work of art that fits perfectly with the original.

140 years ago, Orient Express created a new style of travel with the invention of a high-class, luxury train, bringing people, countries and cultures closer together. The Northern Belle–Britain’s ‘most luxurious’ train– is dubbed the UK’s answer to the legendary European Venice Simplon-Orient-Express.

Requiring a total refit, the restoration of the Northern Belle was entrusted to A Dunn and Son for a complete restoration.

No detail on the Northern Belle has been overlooked. The veneered marquetry interiors have been inspired by the great British castles and stately homes after which the carriages are named. Artisans from Essex-based A Dunn & Son originally created, and then restored the famed marquetry on the British Pullman train. Their designs for the Northern Belle still employ traditional methods dating back to the early 18th century.
Northern Belle, Luxury Trains

Send us a message