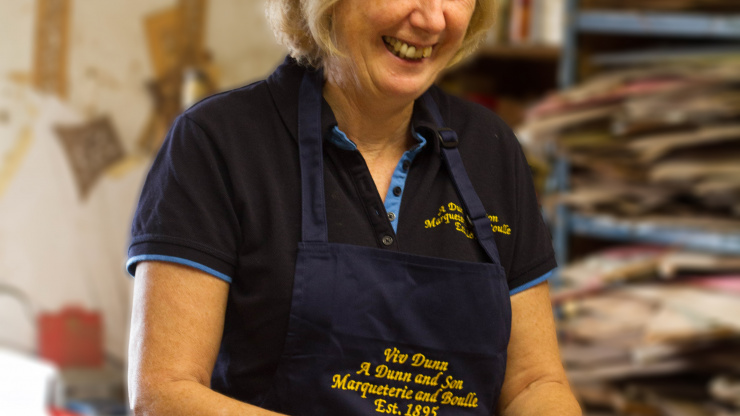 Viv has worked at the workshop since 1981. Her marquetry journey began during her marriage to the late Bob Dunn. During her pregnancy and maternity leave of their eldest daughter Angela, Viv began supporting the team in her spare time. Her passion and skill grew over the years and five years and two children later, she became more involved taking on a full time role at the workshop. Now, almost forty years later, Viv enjoys supporting her youngest daughter Cheryl as she leads on a variety of work.